This week’s Torah reading opens with the death of our matriarch, Sarah, and Abraham’s subsequent acquisition of a burial place for his deceased wife. The narrative consumes eighteen verses describing the negotiations that ensue between Abraham and the Hittites over the Cave of Makhpelah. Part of what surprises the reader of Torah is the need for Abraham to go to such lengths to acquire this piece of real estate. Soon after Abraham’s arrival in Canaan, God makes an expansive promise to him: “raise your eyes and look out from where you are, to the north and south, to the east and west, for I give all that you see to you and to your offspring forever” (Genesis 13:14-15). If God has made such an all-inclusive vow to Abraham, what is the need for the patriarch to enter into negotiations with the Hittites? Why couldn’t Abraham simply assert his right to the land based on divine promise?

I believe the answer to this question may be found in Abraham’s opening words to his neighbors. Far from lording himself over the Hittites, Abraham does everything he can to set their minds at ease. He declares, “I am a stranger and a dweller with you; give me a burial place with you so I may bury my dead before me” (Genesis 23:4). Rashi, the prolific medieval commentator from Troyes, France explains our verse, “I am a stranger and a dweller with you – a stranger from a different land that has settled with you.” Ignoring, at least for a moment, Abraham’s chosenness, Rashi underscores the patriarch’s identification. Abraham first acknowledges that he is a stranger from a foreign land; he is “the other” living in the midst of Canaanite people. Only then does he qualify his status by adding that he is a toshav, one who has chosen to settle amidst this nation. As such he displays his diplomatic prowess in what may prove to be tough negotiations. By diminishing his ego and self just slightly, Abraham succeeds in opening a conversation with native Canaanites that ultimately leads to his acquisition of a burial place for Sarah.

A collection of midrashim, Midrash HaGadol, underscores the wisdom of Abraham’s approach: “come and understand the humility of our patriarch Abraham. For God promised to give him and his descendants the entire land of Israel forever, and now he could only find a burial place for his wife by payment?!?! To his credit, he did not lodge a complaint against God but rather chose to speak with the people of the land with great humility, as it is written, ‘I am a stranger and dweller.’ ” Abraham demonstrates himself to be anything but a narcissist. Avoiding the trappings of ego and power, he respectfully diminishes himself to be respectful to his neighbors. And more than that, he sees himself as part of the community. He states not only that he is a ger v’toshav (a stranger and a dweller) but that he is a ger v’toshav imakhem (“with you,” that is to say, with the Hittites). Abraham is separate and apart but also acknowledges that he is a piece of a greater whole.

Thus, one learns two exceptional qualities from Abraham’s negotiations in Parashat Hayyei Sarah — humility and community. Knowing where and when to contract one’s ego is an important lesson in life. Authority and respect cannot perpetually be lorded over one’s neighbors and underlings. Taken together with a keen sense of one’s place in the larger communal picture, a valuable lesson in leadership has been learned from Abraham. 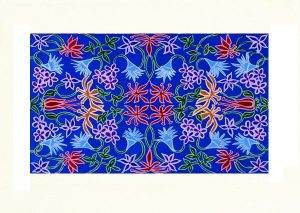