As famine envelops the Land of Israel, Isaac seeks refuge in the territory of the Philistines. Toward the end of his sojourn with these native inhabitants of the land, a curious episode unfolds. God blesses Isaac; so much so that he “reaped a hundredfold the same year.” The narrative continues:

How may we make sense of these events in our modern day?

Nahum Sarna explains, Isaac submits to the expulsion order without protest. He moves his family and belongings beyond the recognized urban limits of Gerar to the same region in which his father had once made a prolonged stay. Abraham’s sojourn could not have been accomplished without the digging and maintenance of several wells. In order to establish clear proprietary rights, each well would be given an identifying name. Since Abraham’s death, the Philistines had blocked them up. Isaac now restores them and revives their original names so as to make ownership incontestable. (Sarna, JPS Torah Commentary: Genesis, 186)

Rabbinic tradition teaches ma’aseh avot siman l’vanim (the deeds of the ancestors are a sign unto the children). As I read through Isaac’s drama with the Philistines in concert with Professor Sarna’s commentary, I was struck by the extent to which the biblical episode prefigures the future of the Jewish people. At a seemingly endless number of points of our history, Jews have travelled the same path as Isaac. Objects of envy, they are compelled to uproot, dig new wells, and remember the names of the old wells. The episode described by Torah most resonates with the Zionist narrative of the 20th century. Having been driven from their homes, the halutzim (early pioneers) arrived in the Land of Israel and began their lives anew. But most powerfully, they remembered the places and names of their ancestors. Just as Isaac employs the names that Abraham gave to the old wells, so too do the Jews returning to Israel remember the legacy of their ancestors. Isaac, in his interactions with the Philistines, is a refugee who acts with a pioneering spirit and sense of optimism. It is in this inspiring vein that he goes on to further the national project of the Jewish people. 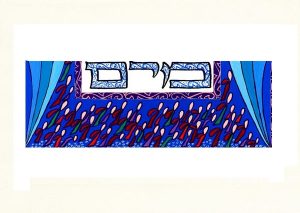