Appropriately enough, this week’s Torah reading is Parashat Va–yishlah. While one can focus on a number of rich insights offered by this parashah, it behooves us to focus on the episode of Jacob’s wrestling. As one explores the text closely, one discovers a theme of sight and seeing. How does this episode shed light on us, the descendants of Jacob, in the midst of debate?

After twenty years of estrangement, Jacob is about to confront his brother Esau. A crisis of perception ensues as Jacob believes that his brother continues to harbor murderous intent against him. As Jacob prepares for the worst, a mysterious and telling episode occurs in the middle of the night. Torah teaches, “Jacob was left alone and a man wrestled with him until the break of dawn. When this personage saw that he had not prevailed against Jacob, he wrenched Jacob’s hip at the socket” (Genesis 32:25). Subsequently, the divine being declares, “Jacob will no longer be your name, but rather Israel; for you have striven with beings divine and human and have prevailed” (Genesis 32:29). Seeing enters the narrative once again as Jacob names the place of his wrestling Peniel because he had seen “God face to face and his life had been preserved” (Genesis 32:31).

It is not coincidental that the Jewish people carries the title “Israel” meaning the one who sees God or one who struggles with God. When do we encounter God’s presence today? It is when we wrestle, when we ask difficult questions about ethics and behavior. It is only when we confront “the other” that we truly rise to our potential and enter into God’s presence. Wrestling is the best of who we are as a people, and it is this wrestling that stands at the core of The Jewish Theological Seminary and of the Conservative Movement.

Notably, after Jacob’s wrestling match, Torah tells us, “Jacob lifted his eyes up and saw Esau with four–hundred men.” Rather than giving his brother the benefit of the doubt, Jacob sadly anchors himself in the past. He lifts his eyes, but he fails to lift them far enough — that is to say, he fails to lift them heavenward to God. And as a result, he falls short of seeing the divine presence in his brother Esau. Jacob’s misperception leads him to expect the worst. But when the moment arrives, it is a sacred embrace rather than a fatal blow that greets Jacob. Two brothers who could not see eye to eye twenty years earlier now embrace each other and savor a moment of peace. Then, as if to teach his brother a lesson in derekh eretz (menschlichkeit), Esau magnanimously suggests that they travel together as one, “Let us start on our journey, and I will proceed at your pace.”

While Conservative Jews and the entire Jewish community must wrestle over sacred issues, at the break of dawn we must embrace each other and recognize that we are brothers and sisters engaged in the sacred task of bringing God’s presence into our midst. Only by wrestling to understand every side of an issue, by respecting those with whom we differ, and by attributing to them the noblest of motivations, can we truly be worthy of the name Israel. 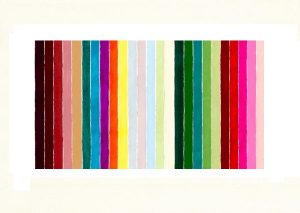